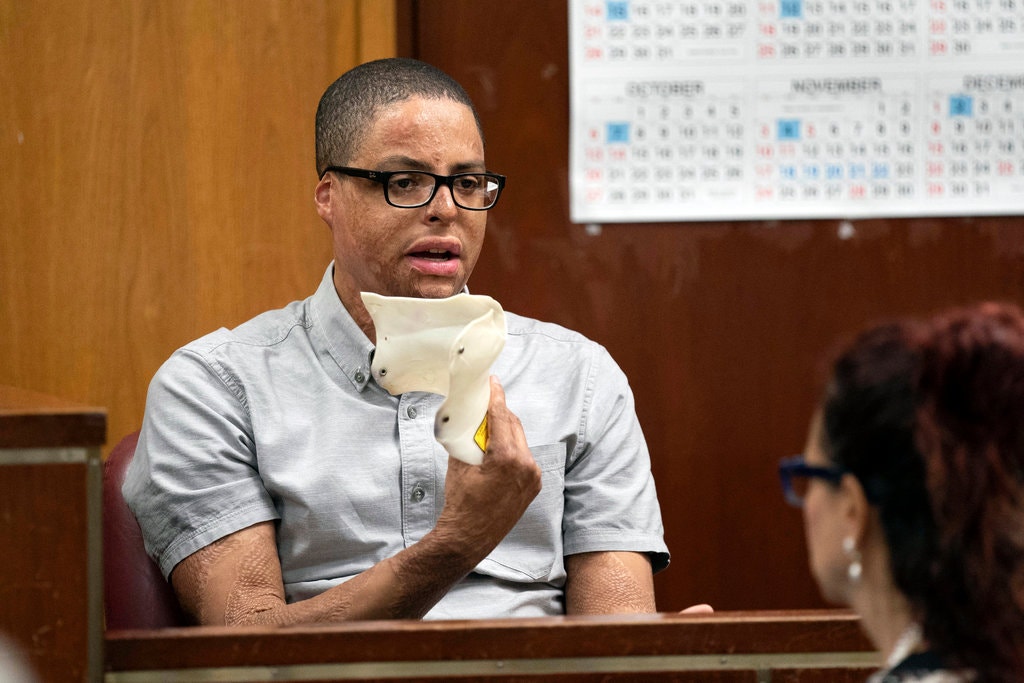 A former high school student was awarded nearly $60 million in damages on Monday after a Manhattan jury found the city’s Department of Education and his former teacher liable for an accident that left much of his body scarred from third-degree burns.

Five years ago, when the former student, Alonzo Yanes, was a sophomore at Beacon High School, a competitive public school in Manhattan, he was engulfed in flames after a chemistry experiment went awry.

The January 2014 accident jolted the city school system and prompted calls for schools to overhaul how they approached science experiments.

It was one of the most gruesome accidents in a city school in recent years: a large fireball exploded when an experienced science teacher, Anna Poole, conducted an experiment intended to show how salts change color when exposed to methanol.

A federal agency warned about the potential dangers of the experiment, known as the Rainbow, just weeks before the incident. The same experiment has caused at least two other accidents across the country in the last 15 years.

Students immediately jumped under their desks and called for help after the fire began, but Mr. Yanes and another student were caught in the flames.

While the other student suffered first-degree burns, Mr. Yanes was left with burns so deep that his sweat glands were numbed and he is no longer able to sweat through some of parts of his body. Mr. Yanes spent five months in hospitals after the accident, including two months in a burn unit undergoing extensive skin graft surgeries.

“I was hopelessly burning alive, and I couldn’t put myself out, and the pain was so unbearable,” Mr. Yanes said during the three-week trial, according to the New York Post. Mr. Yanes declined an interview through his lawyer, Ben Rubinowitz.

“The well-being of students is the top priority of the Department of Education and this chemistry experiment is no longer used in any classroom as a result of this tragic accident,” Nicholas Paolucci, a spokesman for the city’s Law Department, said in a statement. “While we respect the jury’s verdict, we are exploring our legal options to reduce the award to an amount that is consistent with awards that have been upheld by the courts in similar cases.”