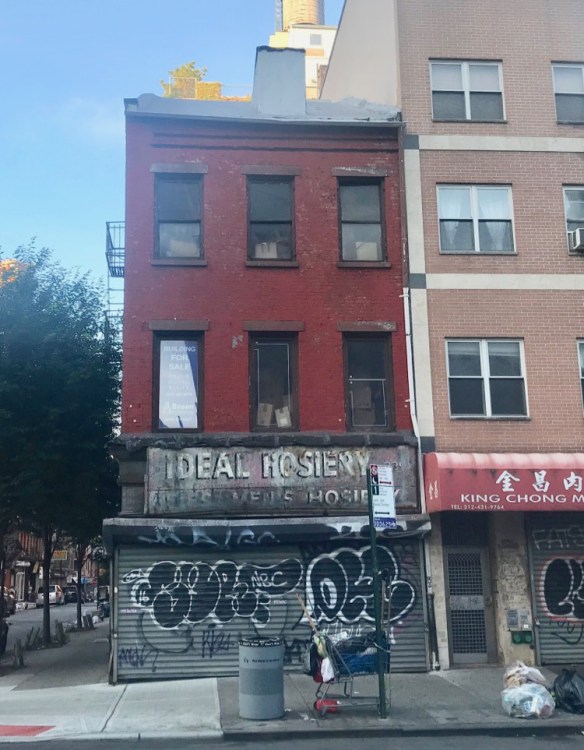 A 186-year-old Federal row house, 339 Grand St., just hit the market. The three-and-a-half story property, a city landmark, is the longtime home of Ideal Hosiery, which has been located on the southwest corner of Grand and Ludlow streets since about 1965.

Tzippi Wexler of Grand Success Realty and Alan Miller of the Besen & Associates have the exclusive listing. The family that owns the building and also runs Ideal Hosiery is not publicly disclosing an asking price. The business plans to relocate, as the property will be delivered vacant. No residents live on the upper floors.

339 Grand (also known as 57 Ludlow St.) is about 4200 square feet. There’s another 4200 square feet of unused development rights, which could possibly be transferred to an adjacent property (more about that in a moment).

When rumors of a sale surfaced about five years ago, local preservationists (Friends of the Lower East Side) urged the Landmarks Preservation Commission to protect the building. That happened in 2013. At the time, the commission said, “This understated row house, by far the most intact of the five that (remain on Grand Street), is a significant reminder of the period after the Revolutionary War when New York City was developing into a major port and financial center.” 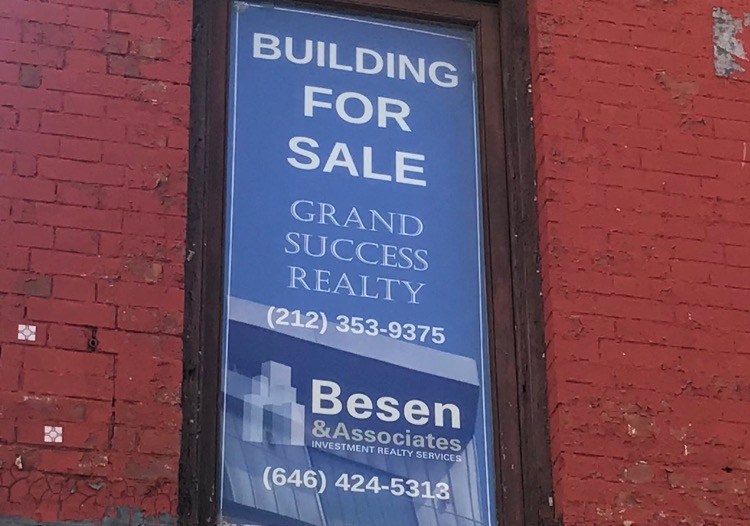 The row house was built in 1831 by John Jacob Astor, who was at the time of his death the wealthiest man in America. To this day, the building boasts architectural features typical of the Federal style, including: a three-bay façade, pitched roof and dormer, Flemish bond brickwork, and symmetrical window openings with rectangular masonry lintels and sills. A rear yard addition was built in 1855.

Because of the pitched roof, building on top of 339 Grand St. would likely not be allowed by the Landmarks Commission. The air rights could, however, be transferred to an adjacent lot. The immediate area is, of course, undergoing dramatic change. The first luxury condo tower in the Essex Crossing project just opened one block up at Ludlow and Broome streets. Modular condo units will soon rise across the street at 330 Grand St. And there’s a new push to sell 341 Grand St., the shuttered building just across Ludlow Street from the Ideal Hosiery property.

Ideal Hosiery, one of the last remnants of the Jewish apparel trade on the Lower East Side, is not saying where it plans to move if the building is sold. While it’s been at 339 Grand St. since the mid-1960s, Ideal Hosiery has been a fixture in the neighborhood since 1950. 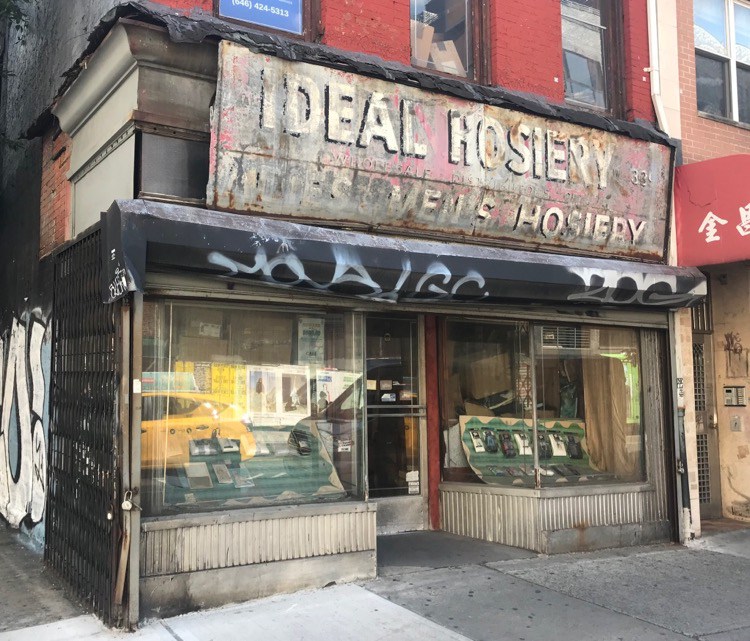