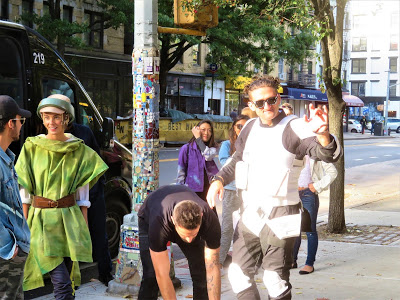 I have a bad feeling about this

I have a bad feeling about this
[Photo yesterday by Bobby Williams]For the past two days, Casey Neistat, Jesse Wellens and crew have been filming around the East Village (and elsewhere?) for a “Return of the Jedi”-Speeder Bike Chase video for Halloween.In the past two days, they’ve been spotted on Third Street, Avenue A and First Avenue.[Photo via @vedantdragon]Rebel scum![Photo yesterday by Bobby Williams]I’ll post the video once it’s released…I think we might win Halloween @CaseyNeistat pic.twitter.com/zyx9Gs4kgL— Jesse (@Jessewelle) October 29, 2017https://platform.twitter.com/widgets.jsUpdated 10/30Here’s the final product…