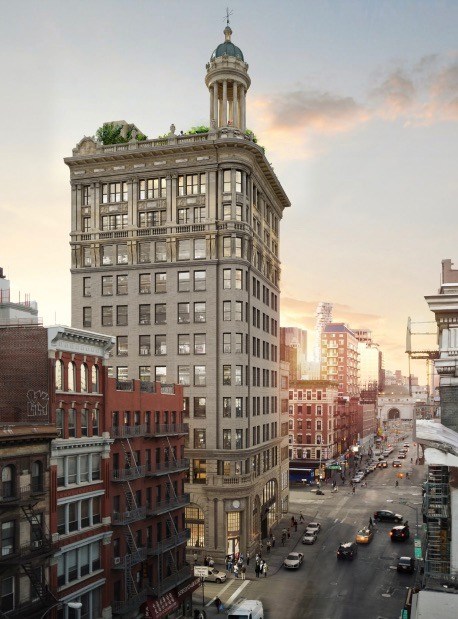 The restoration of the historic Jarmulowsky Bank Building at 9 Orchard St. has been going on for years, and plans to open a new luxury hotel there have been shrouded in secrecy. So any tidbit concerning the project is of interest to us. Today we noticed a press release which offers a few clues about the financing of the hotel, sure to be one of the Lower East Side’s new hot spots.

It was put out by a financial services firm helping to pitch the hotel to immigrant investors. The property owner, DLJ Real Estate Capital Partners, is utilizing the EB-5 Program, which offers legal residency to people from other countries if they invest at least $500,000 in projects that create jobs.

According to an EB-5 flyer, “9 Orchard” has been accepting EB-5 investments since September of last year. It says the total project costs are a whopping $190 million. More than $100 million is coming directly from DLJ equity. The flyer talks up the Lower East Side as “one of New York’s hippest neighborhoods” with “more art galleries per capita than any other neighborhood in NYC.” It also notes that average apartment rents on the Lower East Side have increased 46% between 2012 and 2016. 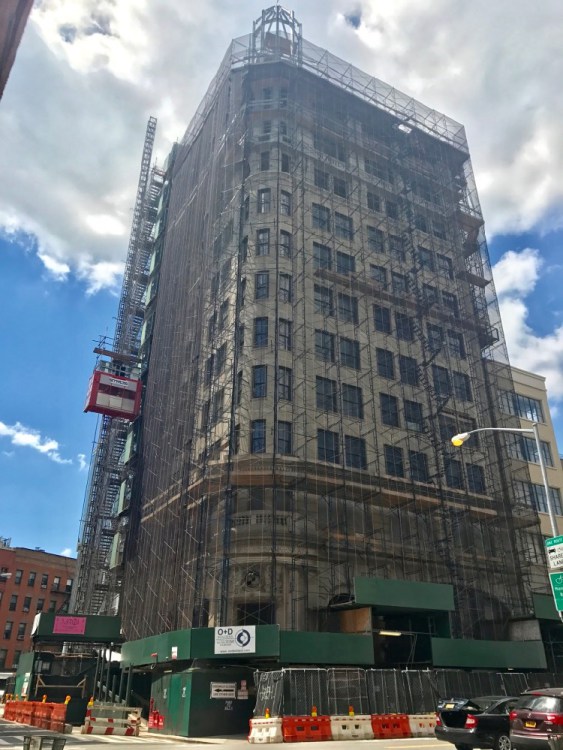 The property at 54 Canal St./9 Orchard St. was purchased in 2011 by DLJ for $33 million. The city landmark has been undergoing a painstaking restoration, including the recreation of a 50-foot-high domed spire on the top of the building. The owners were set to go before Community Board 3 last year in their quest for multiple liquor licenses at 9 Orchard, but those appearances were cancelled.

The EB-5 program is controversial for a couple of reasons. When it was introduced by the federal government in 1990, EB-5 was meant to generate jobs in areas with high unemployment. In recent years, real estate developers have used the program to fund a large number of luxury projects in posh neighborhoods. Jared Kushner, the president’s son-in-law and senior advisor, has used EB-5 to finance some of his real estate ventures. Some of these dealings have reportedly come under scrutiny by federal investigators.