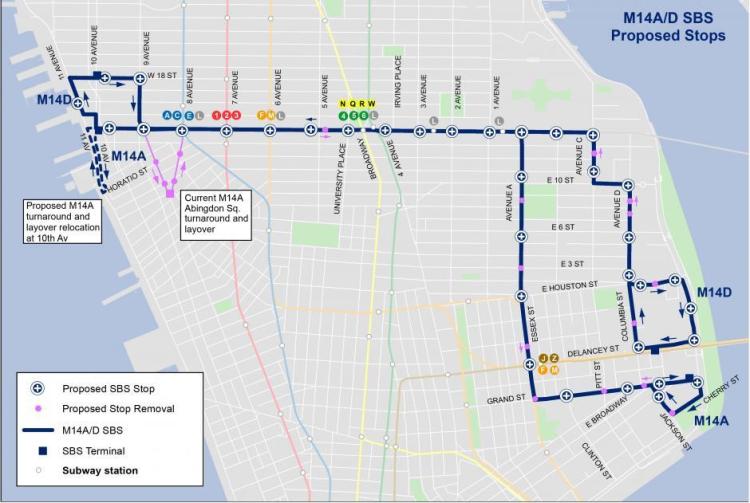 No one was very impressed with the MTA’s “Open House” at the 7th Precinct the other night, in which planned changes in the M14a and M14d bus routes were to be discussed. Local residents thought (or at least hoped) that New York City Transit would be open to feedback. But many people came away convinced the decision to eliminate local stops along the route and implement express service has already been made.

A petition in opposition to the plan already has 900 signatures. You can see it here.

Meanwhile, another MTA open house is coming up. It’s scheduled for Monday evening at the 14th Street Y. 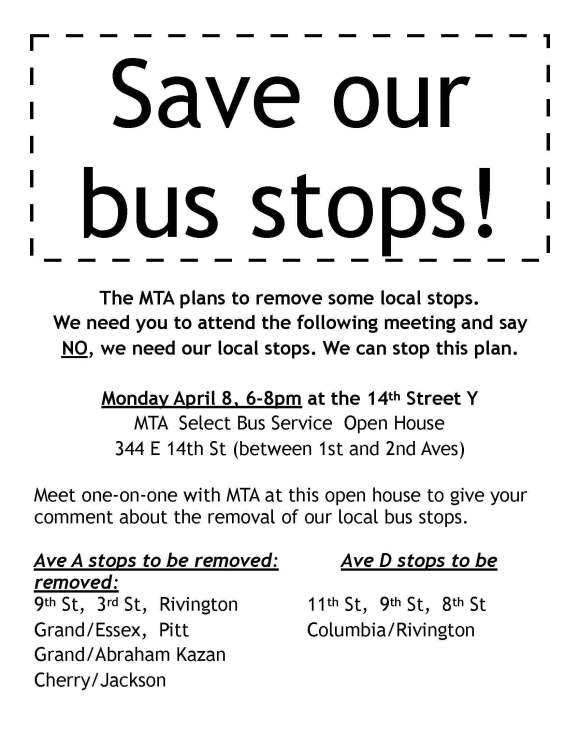 Published in Lower East Side News and transportation