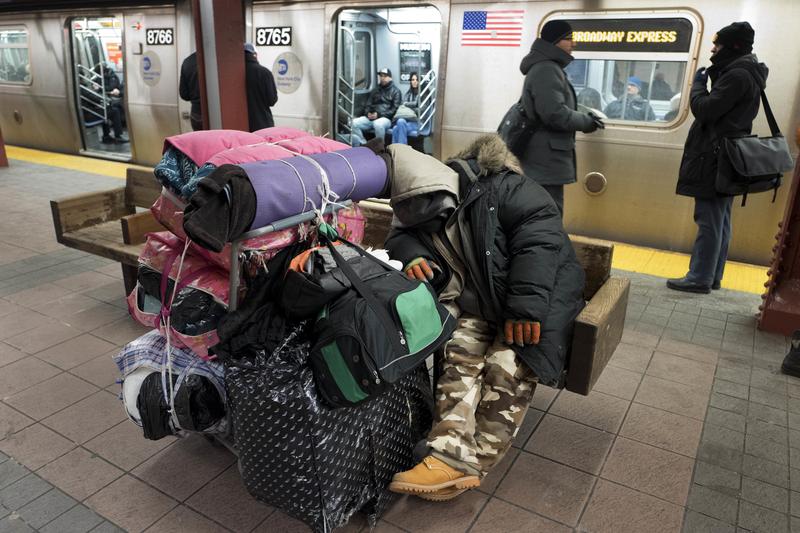 They are the most visible sign of New York’s homelessness crisis: A man covered in dirt sits outside a subway station in Jamaica, Queens. Another man, cross-legged and ragged on a Midtown sidewalk, begs for money. A dozen people form an encampment in Central Park.

While the overwhelming majority — about 95 percent — of the more than 78,000 people who qualify as homeless in New York actually have temporary shelter, others live on the streets, for a host of reasons. They represent a persistent challenge. Since an annual count began more than a decade ago, that population has never fallen below about 2,300, and it hit near-record levels under Mayor Bill de Blasio.

But there has been some recent cause for cautious optimism. For the second year in a row, the number of people known as chronically homeless, or “unsheltered,” has fallen.

The decline, while modest, may be traced to more intense outreach efforts and an expansion of so-called safe havens. These specialized shelters have fewer restrictions and a streamlined application process to try to quickly place people into permanent housing. “We’re using every tool that we can develop to try to help people rebuild their lives,” said Steven Banks, the city commissioner of social services.

There are still thousands of people living in the open overnight. An annual count conducted in late January estimated 3,588 people fell into that category.

They are often grappling with a constellation of problems, so helping them means not only providing shelter but perhaps finding a drug rehabilitation program, a psychiatrist, a medical doctor or even guidance in a getting birth certificate or Social Security card.

Some prefer the independence of living in the street and balk at having to comply with the rules of the city’s shelter system, such as curfews or sobriety.

That differs greatly from the kind of assistance the city gives to families with children, who often simply need shelter and a voucher to find an apartment.