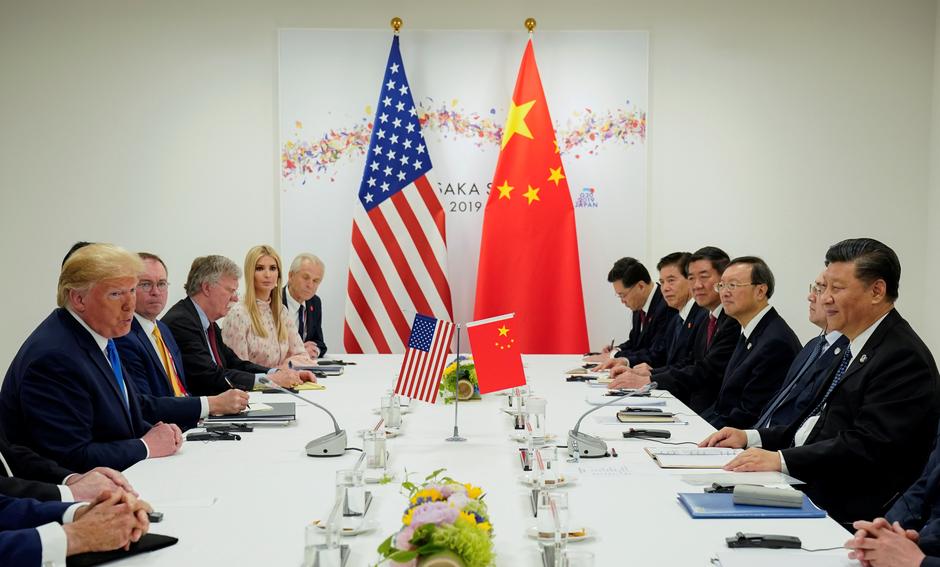 Opinion: What if the China trade war was a scam

Imagine if you will Steven Mnuchin and Donald Trump developing a plan to deliberately create significant US market and International market volatility (disruption), developing a supportive narrative that China doesn’t play fair and then to use the whole bundle to enrich parties that, of course, will contribute to his 2020 campaign. In such a plan, Donald Trump would be a central figure in any fix. Such an opportunity would allow him to dictate the larger economy outside of the interest rate.

This isn’t fake news, its opinion. It’s a plausible assertion based on the behaviors observed over the last 3 years of the Trump presidency. The genius behind the plan is that so many American’s simply accept it or buy the narrative, the Chinese have TAKEN our jobs and manipulate their currency to destroy us. The failing is that this plan has no deep value or significant meaning to Americans that consumed it other than the currency manipulation.

Throughout the Clinton and Obama eras, the US manufaturers pushed their manufacturing to China because cost was far lower and it’s likely that part of that was not only labor but environmental regulatory. The US did what the US does, we are capitalists.

Donald Trump’s promises to bring back jobs and industry have not really materialized in the US. The voters in Pennsylvania and Wisconsin are no better off after 4 years except for a coal mine I hear is opening in Schuylkill County, PA. The only thing that has happened is market volatility and world market disruption.

So you ask, how come this money isn’t tracked? What about the SEC patrolling trades? What about regulators? Well, I promise you, this is the kind of information people are not supposed to have in advance. The SEC and other regulators couldn’t track this without some quant guys and processing power with a profile/model to look for. They aren’t going to do it. Understand the people, Donald Trump, a network of people, both small and large, that would find little issue with passing information for gain and the network would easily be able to figure out a distributed model of contribution from these sources.

The truth is, China and the trade war is a cover for profiteering. The narrative is barely believable. Even if the US were to tailor back China outsourced manufacturing, it could have been done in a far more diplomatic way. The methods are deliberate and intended to cause world volatility with a single point of focus and a fast and easy means to resolve it, Donald Trump’s mouth or tweeting thumbs (If he uses an index finger to tweet, that says something too)