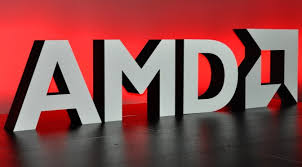 FINANCE: AMD is about to change everything

So what does this all mean in lay terms? It means you are going to buy a new computer, it is going to have an AMD processor in it, it is going to cost less then it ever has as a percentage of your income, you are going to be 20% – 50% more efficient in your day-to-day computer use. The cost of that new computer will dwarf the savings in time and productivity. If you take you savings and apply the same thought to all your friends and businesses you think about, think about it.

So why AMD?
Why AMD? Well, if you follow the broader industry, the chip makers, you know that there are two companies that there are 3 companies licensed to make chip that support the x86 (Windows/Apple/Linux). Those makers are Intel, AMD and Via. Until recently, life was about “Intel Inside”, you remember that? It was a branding campaign that would ultimately associate power and reliability with most every computer sold and most of them with Windows operating system. It was less common to see AMD.

In days of old, AMD graphic adapters (GPU) were consider the absolute top of the line. You need them to run serious engineering programs and for CAD/CAM applications. An offshoot of this technology was gaming. At a time when Intel was killing it in the branding of their processors and spending enough to bury the AMD brand, AMD sought refuge in a space their name was not visible, gaming consoles.

So where is AMD go exactly?
AMD started making video and other boards for the gaming console industry, one of the most competitive industries of the last 12+ years. All the technology directed at and dedicated to supporting the likes of Sony, Microsoft and other top competitors in the space. They had no rival there. They didn’t have to prove, they had to perform! NVIDIA Corporation? It’s a joke by comparison. They have the ears of the “street” and their support to manipulate markets so people make money. As a competitor in this space, they are a non-competitor.

What happens now?
We predicted the rise of AMD in prior posts spanning 3 years. What is about to happen I explained above. The world is about to get a lot more productive as cost the cost of speed lowers and finds it’s way to the $300.00 computer buyer.

Here is why it works:

** Author is an active trader of AMD stock