Post fire, Fat Buddha remains closed on Avenue A
[Photo from Friday]On March 29, the FDNY responded to a report of a fire in an apartment on the third floor of 505 E. 13th St. at Avenue A. While the FDNY had the fire under control in 30 minutes, there was extensive damage. Fat Buddha, the bar that shares part of the building’s retail space, remains closed (the fire was in an apartment two floors about Fat Buddha) …The bar posted this interior shot on Instagram…EVG reader Barley also shared this “evidence” notice posted on the Avenue A gate… 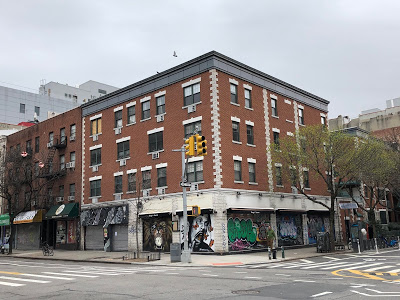 Published in Fat Buddha and fire