Report: Landmark Theatres now booking films at the Quad on 13th Street
[EVG file photo]Back in December, distributor, producer and real-estate magnate Charles S. Cohen bought the Landmark Theatres chain from Mark Cuban. So perhaps it isn’t a surprise to learn that Landmark Theatres is now booking the films nearby at the Cohen-owned Quad Cinema (an EVG favorite) on 13th Street between Fifth Avenue and Sixth Avenue, as IndieWire first reported last evening.Moving forward, the fourplex theater — Manhattan’s first multiplex when it opened in 1972 — will be known as the Landmark Quad Cinema.Per the IndieWire article:[The Quad has] played specialized films for most of its existence, but never with the clout and expertise of Landmark. Still, it’s unlikely to vault ahead of its Lower Manhattan competition.And…Under Landmark, it remains to be seen whether the Quad will continue to provide a haven for viable titles that don’t conform to 90-day theatrical windows and don’t want to four-wall screens to play them. In New York City, reportedly the IFC Center is the only other theater willing to provide this opportunity to select distributors.Consistent with Cohen Releasing’s acquisition of primarily foreign-language titles, the Quad has played many first-run subtitled films. One question to be confirmed is the continuation of repertory programming, which has previously been a priority for Cohen. … According to Cohen, the Landmark Quad Cinema will continue to showcase restored and classic films.As previously reported, Cohen bought the Quad Cinema in 2014. The theater reopened after extensive renovations in April 2017. Landmark operated the Sunshine Cinema on East Houston Street until January 2018. The theater, which dates to 1898, is awaiting demolition to make way for an office building. And one more tidbit from the IndieWire piece: Regal’s Union Square theater will temporarily lose six screens this summer to renovation. Meanwhile, as first noted on Sunday, the Regal Essex Crossing is now open.Previously on EV Grieve:A quick look at the all-new Quad Cinema 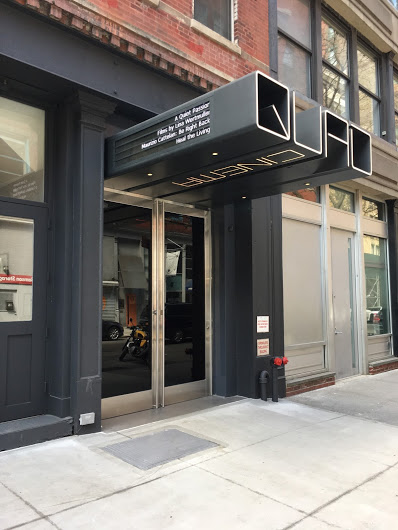