Report: RGB gives nod to rent increase; final vote coming June 25
[Image last night via @StabilizingNYC]In a preliminary vote (5-4) last night, the Rent Guidelines Board (RGB!) recommended a .5 to 2.75 percent increase for one-year leases and a 1.5 to 3.75 percent hike for two-year leases in rent-stabilized apartments, according to published reports.As The Real Deal reported, the board rejected two proposals:The landlord representatives on the board — Patti Stone, an attorney with Rosenberg & Estis, and Scott Walsh, a Forest City alum — voted against both winning proposals, having pushed for increases … of 3.75 percent to 5.75 percent for one-year apartment leases and 4.75 to 6.75 percent for two-year leases. And…The board also voted down a proposal from tenant representatives, which included a rent rollback ranging from .5 (which is a decrease) to 0 percent on one-year leases and a 0 to 1 percent increase on two-year leases.Last year, the board approved increases of 1.5 percent (one-year leases) and 2.5 percent (two-year leases).The board’s preliminary vote took place inside “a packed and contentious” Great Hall at Cooper Union. The final RGB vote is set for June 25, but not before a series of public hearings (list here). Increases in rent would take hold in October.Meanwhile, expect more rent drama in the weeks ahead. As City Limits reported yesterday: New York is on the verge of big changes to its rent regulations, with the state legislature likely to vote on reforms before the June 15 sunset date for the current rent law. One topic of profound disagreement between tenant advocates and property owners is preferential rents.Read more about the State’s expiring rent laws over at Gothamist and Curbed. 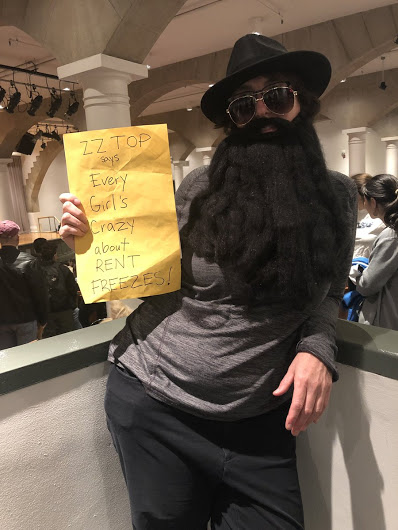 Published in Rent Guidelines Board