RIP Jonas Mekas
[Image via Facebook]Jonas Mekas, the award-winning filmmaker, poet, publisher and co-founder of the Anthology Film Archives on Second Street and Second Avenue, died today. He was 96.The Anthology announced the news on Instagram and Facebook: “Jonas passed away quietly and peacefully early this morning. He was at home with family. He will be greatly missed but his light shines on.”In 1954, he co-founded the seminal publication Film Culture. He was also the first film critic of The Village Voice, where he championed noncommercial work from 1958 to 1975 in the “Movie Journal” column.Here are a few passages from the intro of an interview with The Village Voice in September 2017…Born in Lithuania, Mekas first came to New York in 1949 as a refugee; he had been imprisoned by the Nazis, then found himself stateless after the Soviets invaded. Plunging himself into the underground film scene, he became the Village Voice’s first full-time film critic in 1958 … fervently championing independent and experimental cinema. Mekas didn’t just write about movies. He made them, he showed them, and it would be fair to say he lived them. Much of his prolific cinematic output was built around footage of his everyday life. (Start with his masterpieces — “Walden,’ from 1969; “Reminiscences of a Journey to Lithuania,” from 1972; “Lost, Lost, Lost,” from 1975; and “As I Was Moving Ahead Occasionally I Saw Glimpses of Beauty,” from 2000.) By founding the Film-Makers’ Cooperative and the Film-Makers’ Cinematheque in the 1960s, he made it possible for underground filmmakers to bypass traditional distribution schemes. The Cinematheque eventually grew into Anthology Film Archives, which continues to be one of New York’s essential screening venues.But the past tense doesn’t fit Mekas. He still makes films; he still writes, teaches, programs, and champions. This man who worked with Andy Warhol and John Lennon and Lou Reed and Maya Deren might be the least nostalgic person I’ve ever encountered. And he remains more excited than discouraged by what he sees in the world — even when he’s perplexed by it.Several filmmakers have paid their respect to Mekas… (We’ll update this post later…) View this post on Instagram Sadly we have lost Jonas Mekas, one of the most inspiring artists I have ever encountered—the poets’ version of a King Fu Master. Long Live Jonas Mekas!A post shared by Jim Jarmusch (@jim.jarmusch) on Jan 23, 2019 at 8:32am PST//www.instagram.com/embed.js View this post on Instagram Jonas Mekas Jan. 22, 1922 – Jan 23, 2019 “Generations to come will scarce believe that such a one as this ever in flesh and blood walked upon this earth.” — Albert EinsteinA post shared by Amos Poe (@amos.poe) on Jan 23, 2019 at 8:53am PST//www.instagram.com/embed.jsUpdated:The Anthology added a second Instagram post about Mekas, which reads in part:Jonas was the guiding force here at Anthology from its founding through to the present day, and even as he reached the age of 96 the idea that he might not be here in person to continue to inspire us has been inconceivable. But Jonas was nothing if not forward thinking, large spirited, and devoted in every fiber of his being to celebrating what is most vibrant in life and culture. His work as a filmmaker, artist, writer, and archivist (among many other roles) was animated precisely by a powerful, paradoxical balance between a preoccupation with the past and an inexhaustible openness to new ideas, forms, and experiences. What better model for confronting the fact of his passing, for balancing sorrow at his death with a celebration of the vitality of his legacy? His absence will be difficult to accept, but his spirit will continue to suffuse Anthology, New York City, and avant-garde culture around the world. 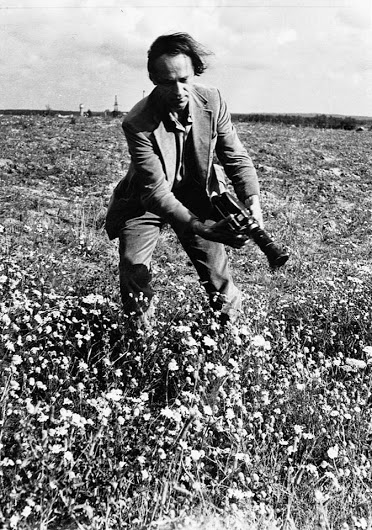