Signs of Change in Seward Park

Signs of Change in Seward Park 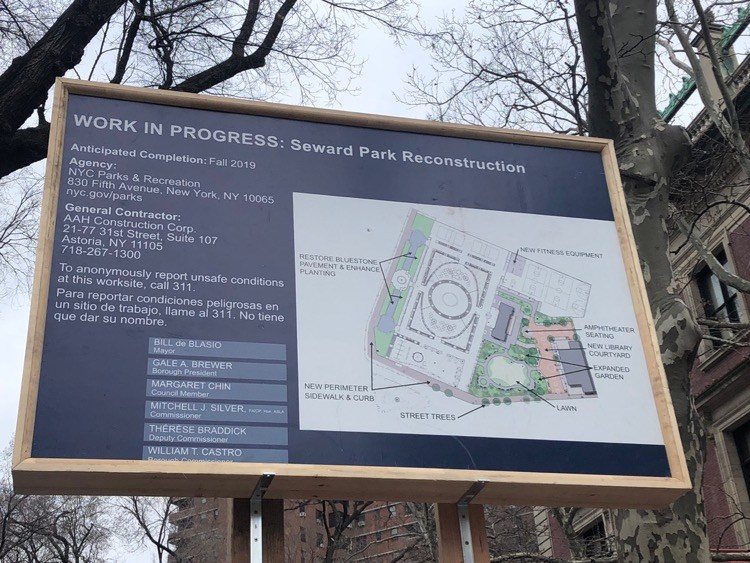 Seward Park is now officially a “Work in Progress.” In December, fencing went up around a portion of the park along East Broadway in preparation for a major face lift for the area surrounding the Seward Park Library. Now the Parks Department has put up signage announcing the project, which is part of the mayor’s “Parks Without Borders” program.

The plan is to transform the southeast corner of the park with new pavement, a meadow, a small amphitheater, benches, tables and chairs and game tables. The perimeter fences will be dropped to 4 feet. You can see the full plan here. According to the Parks Department’s capital tracker, $4.879 million is allocated for the project and it’s expected to be completed in November.

The Seward Park Conservancy organized a successful campaign in 2016 which ultimately led to the selection of the historic public space as a featured project in the Parks Without Borders initiative.

Published in Lower East Side News and seward park