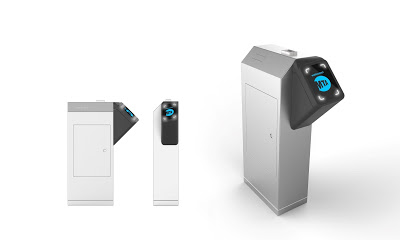 You only have about 5 more years to use and enjoy the MetroCard
[Image via Cubic]As you may have heard, the MTA is finally ready to phase out the MetroCard … and yesterday, the MTA board approved a $500-million-plus contract for a new payment system. Instead of riders swiping their MetroCards, the new system will allow them to use their cellphones or certain types of debit or credit cards to pay their fares directly at turnstiles.We got a news release about it from Cubic, the company who was awarded the contract, worth $573 million and change.To the EVG inbox!The new system allows customers to create personalized transit accounts to see ride history, check balances, add value as well as report lost or stolen cards to protect their funds. They will also have the option of using payment media such as credit and debit cards and mobile devices at the bus or turnstile, instead of purchasing and adding value to a separate fare card, to offer a retail payment experience to transit. For those customers without a bank card or who prefer not to use one, a contactless card option will still be available with the same account management convenience features. Mobile phones can also be used like ticket vending machines to check account balances and recharge fare accounts anywhere. As a result, customers will experience greater convenience and shorter lines, allowing them to move faster through the transit system.The initiative will reduce costs for the MTA by significantly reducing the dispensing of fare media, will streamline fare calculation and phase out 20-year-old equipment that is more costly to maintain each year. Ultimately, the new system will provide an enhanced and integrated travel experience across the region including seamless access to Long Island Rail Road (LIRR) and Metro-North Rail Road.Cubic will be responsible for the design, integration, supply and implementation of the new fare payment system; associated services for platform hosting, hardware and software maintenance; and transition services including supplemental call center support. Equipment will include fare validators and new configurable ticket vending machines in the MTA’s 472 subway stations and 6,000 buses. The contract includes an option to support LIRR and Metro-North Rail Road with the purchase of additional validation and vending equipment.Cubic’s partners statewide will provide manufacturing, call center and marketing services to the MTA. Transport for London (TfL), operator of the world’s largest open payment and contactless-based fare collection system, and Mastercard … are also Cubic partners in the contract.Officials say the plan is to fully retire the MetroCard by 2023. The MetroCard made its debut on Jan. 6, 1994.ALSO!The MTA has announced plans to roll out several new features, including barriers to protect riders. As DNAinfo reported, the MTA will test platform safety doors at the L train’s Third Avenue station. (These will be similar to those used on the AirTrain to and from JFK.)The doors are designed to prevent the cars from hitting people who jump or fall onto the tracks. There isn’t a timeline for when these might arrive at the Third Avenue stop, per DNAinfo.Aside from barriers, the MTA debuted foldable seats on the L train that lock into place during rush hour to give riders more standing room. As the Post noted, there were reports that the seats were still locked in during non-rush-hour times.

Published in MetroCard and MTA