85 Bowery Landlord: Emergency Repairs Will Not Be Completed by Feb. 1 Deadline

85 Bowery Landlord: Emergency Repairs Will Not Be Completed by Feb. 1 Deadline 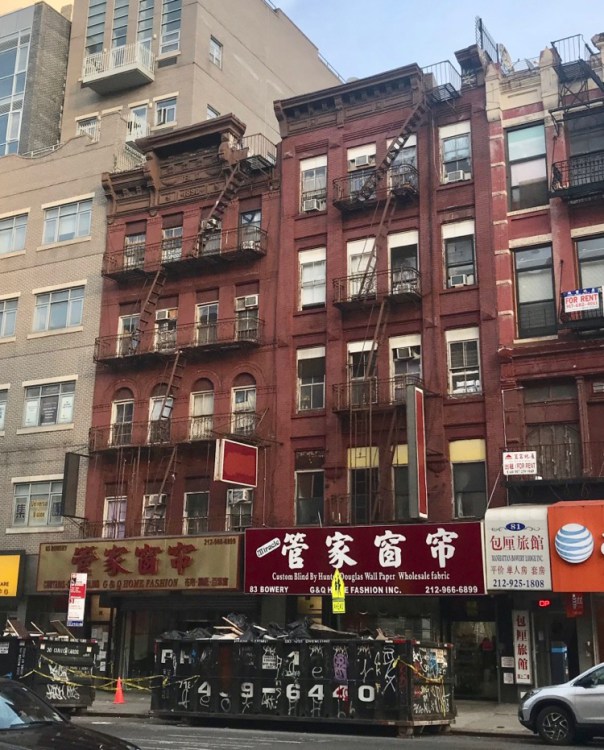 Nine days ago, the Department of Buildings (DOB) ordered the evacuation of 85 Bowery, and required the property owner, Joseph Betesh, to replace an unstable staircase within two weeks. Last night, Betesh notified city agencies and local elected officials that the deadline cannot be met.

Nearly 100 people, including 17 children, were displaced from the five-story building. Most of them have been staying in a Brooklyn Hotel, where living conditions are less than ideal. The landlord and tenants have been engaged in a long legal battle. The Buildings Department imposed an emergency vacate order after conducting a court-ordered inspection Jan. 18.

A letter dated yesterday (Friday) from Betesh’s holding company, Bowery 8385 LLC, stated, “it has become clear that safely removing and replacing the stairwell will require additional time beyond February 1 (DOB’s deadline). We have been advised that acting too hastily to remove and replace the stairwell would be counterproductive and do additional damage to the structural stability of the building, thus making it even more difficult to get families safely back into their homes.” The landlord says contractors have been working, “diligently each day, including weekends, to clear out debris, remove obstructions and prepare the site in compliance with the DOB’s rigorous structural stability requirements. ” 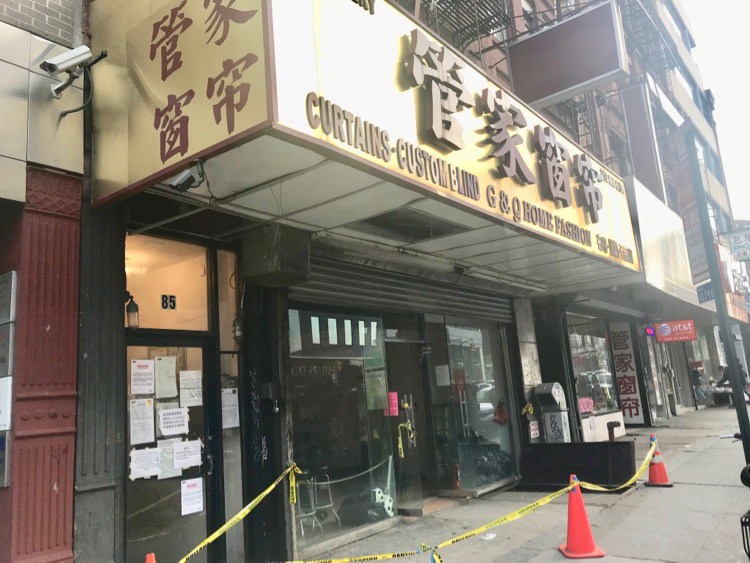 An accompanying letter from a structural engineer stated that many of the support beams in the building as well as the staircase, “from the ground floor to the roof,” would need to be replaced. The engineer, Eduard Grinfeld of Construction Management & Safety Consultants, Inc., wrote, “I have determined that it is not possible to safely remove and replace the 85 Bowery staircase by Feb. 1 in a manner that meets the NYC Department of Buildings’ structural stability requirements.”

A spokesperson from the Department of Buildings told The Lo-Down today, “DOB and our fellow agencies are pushing an aggressive plan for repairs at 85 Bowery. The owner must be held accountable and must meet his responsibility to provide a safe building for his tenants.” The agency also noted that the owner has, in fact, already completed structural stability shoring on several floors and hired a firm for the stairway replacement project.

State Assemblymember Yuh-Line Niou and State Sen. Brian Kavanagh sent a letter of their own Friday to city and state officials regarding the troubling developments at 85 Bowery. Recipients of the letter included the commissioners of the Department of Housing Preservation & Development, the Department of Buildings, New York State Homes and Community Renewal and the New York State Tenant Protection Unit.

They noted that a housing court judge ordered the landlord to make repairs more than two years ago, and that the problems at 85 Bowery were widely known. In light of these facts, they wrote, “It is not clear to us why, despite your agencies’ awareness of the situation for many months, events unfolded as they did on January 18th.” They cited the hasty nature in which the evacuation was conducted and the lack of adequate translators to communicate with Chinese-speaking tenants. “Tenants were scared and confused, and misinformation spread among them,” wrote the elected officials. “Many thought they were being evicted rather than evacuated for their own safety.” 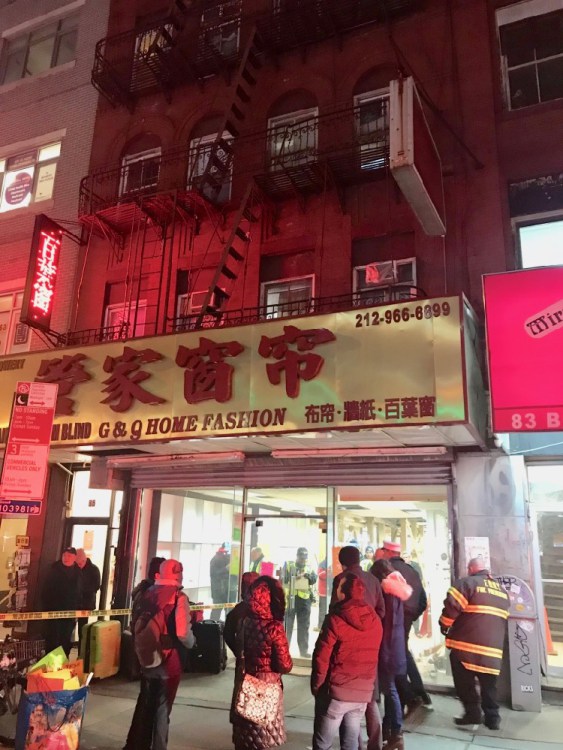 Last month, the State Division of Housing and Community Renewal (DHCR) recommended to a state supreme court judge that the building be declared rent stabilized. But city officials have reportedly questioned that recommendation. This is one of the concerns expressed in the letter, which was co-signed by U.S. Rep. Nydia Velazquez, NYC Comptroller Scott Stringer, NYC Public Advocate Letitia James and Manhattan Borough President Gale Brewer:

…the process by which tenants were notified of the emergency evacuation suggested to the tenants that they, not the landlord, were responsible for circumstances which lead to the vacate order. Currently, residents still have little assurance that they will be able to return to their apartments, particularly because the agencies are not on the same page regarding the rent protections at the building. For years, tenants at 85 Bowery have felt preyed on by their landlord; they have met with advocates and elected representatives, but on January 18th, they still had to leave their homes with little notice, doubting that the landlord would be held accountable. We find this troubling, and we ask that you work to ensure that Mr. Betesh is held accountable for his actions so that these tenants can return to their homes.

In the aftermath of the building evacuation, the owner alleged that the tenants’ illegally converted many apartments to SRO’s, creating safety hazards in the tenement. In a statement released earlier this week, the landlord added, “Any reports claiming that we seek to demolish 83-85 Bowery or replace it with a hotel or condominiums are false. We all share the same goal – moving families back into their homes as quickly as possible. As we have been saying for years, and as we believe all parties would agree, those homes must be safe.”

This afternoon, City Councilmember Margaret Chin chimed in regarding the latest developments, saying, “This landlord needs to keep promises to his tenants and complete these repairs ASAP. Any delay should further incentivize landlords to cover temporary housing costs so that tenants would not have to pay the price for their negligence. I’m calling on the City to ensure that tenants have the flexibility to use vouchers for hotels near their homes, children’s schools and hospitals, and will reintroduce legislation  urging the City to hold landlords responsible for these temporary housing costs.”

Sen. Kavanagh added, “No one should accept the landlord’s claims in this letter at face value, and we’ll be asking the City agencies involved to address them promptly, to ensure the repairs are completed as quickly as possible, and to work on the longstanding safety issues at 85 Bowery so tenants aren’t further displaced. The simple fact is that the unsafe conditions at this building are not new. They were the result of a long-term failure by the owners to maintain the building in a safe and habitable condition — and it is completely unacceptable that the tenants are now suffering the consequences.”

Published in 85 bowery, chinatown and Lower East Side News