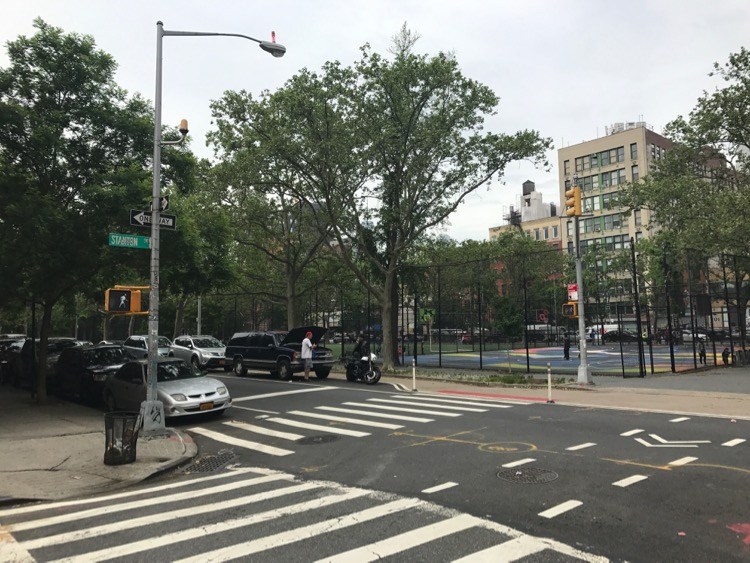 A 24-year-old man has been sentenced to nine years in prison for an attack on a woman near Sara D. Roosevelt Park last year.

On May 20, 2017, Devin Brown came up behind a 61-year-old woman on Forsyth Street, knocked her to the ground and viciously beat the victim. Prosecutors said he only stopped when a good Samaritan came along. The woman, who lives nearby, was rushed to a local hospital with serious head injuries.

Brown pleaded guilty to second degree attempted murder. According to the New York Post, he expressed remorse during yesterday’s sentencing hearing, saying, “I just want to apologize profusely for my actions.” Prosecutors were asking for a longer sentence than the judge imposed (no less than 15 years) because the attack was so brutal and the victim suffered extensive injuries.

After Brown was indicted last year, District Attorney Cy Vance said, “The details of this senseless attack are truly shocking – the defendant is accused of continuing to assault the victim as she lay motionless on the ground… The defendant rifled through (the victim’s) pockets and then proceeded to stomp on her head and kick her.”

The Daily News reported last year that Brown allegedly claimed he was provoked by the woman, telling cops, “That b—h robbed me first!” Then he changed his story, according to the News, explaining to investigators that he was, “drunk and on Xanax” and had smoked marijuana before the incident. Brown allegedly said he did not remember anything, but added,”(I) wouldn’t put my hands on a female.”