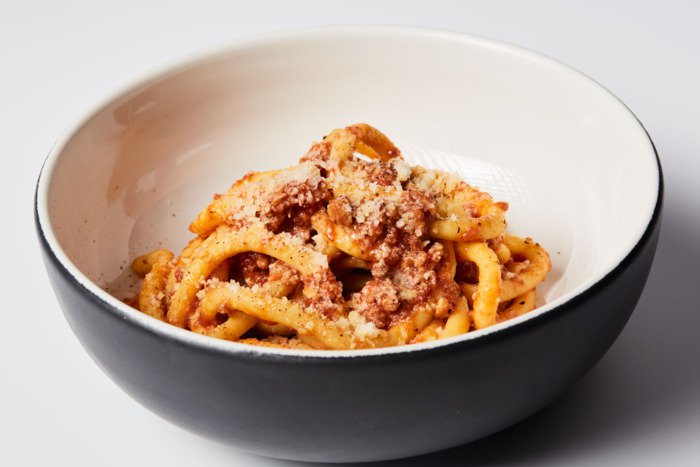 We’ve had some exciting openings in North Brooklyn lately, including Paulie Gee’s slice shop. This weekend, Missy Robbins’s new pasta joint Misi is also opening. There will be lines:

If you’re the sort who sees no reason for Italian menus to extend past the primi course — and you might have a point there — you’ll be glad to know about Misi, Missy Robbins’s pasta-centric follow-up to her Williamsburg smash hit, Lilia. At Misi (“It looks more Italian than ‘Missy,’ ” she says), opening this weekend on the park-facing ground floor of a new rental development at the old Domino Sugar Refinery site on the Southside waterfront, Robbins will focus on what she considers her most crowd-pleasing strengths: vegetables cooked every which way and pasta, both fresh and extruded….Included among the opening lineup are corzetti with marinated cherry tomatoes, tortelli filled with greens and mascarpone, bigoli with pork sugo, and fettuccini with buffalo butter and Parmigiano, all shaped and cut and stuffed in a glass-walled pasta room that converts at night into a private dining space. Rather than Lilia’s soft-serve, Misi will offer gelato, plus Italian-inspired cocktails and wines from Italy and neighboring countries, and if you’re the type for whom dinner isn’t dinner without a main course, you can supplement (or replace) your carbs with an off-menu entrée. More than half the seating is at the bar or open-kitchen counter, and unlike Lilia, Misi will eventually be open all day long. “My dream,” says Robbins, who moved to South Williamsburg two years ago and wanted her second restaurant within walking distance of the first, “is for locals to stop in for a beer and a bowl of pasta at 4 p.m. and be on their merry way.”

You’ll need to wait until November, but Gertie also has us excited:

Restaurateur Nate Adler is best known for East Village Basque tapas restaurant Huertas, which despite two stars in the Times and from Eater has remained fairly humble. Now, he’s set his sights on opening another neighborhood restaurant, this time in Williamsburg. Gertie is named for his grandmother, but he’s joined here by partners chef Will Edwards and general manager Flip Biddelman for the all-day, 70-seat restaurant. Edwards comes armed with experience at other Williamsburg darlings like Reynard and Marlow & Sons, and at Gertie, his chops will go toward rotisserie oven fare, like spit-roasted meats and vegetables, as well as pastries and sandwiches. Bread will be baked fresh for the restaurant, headed by Savannah Turley, who’s a chef at Brooklyn-based catering business Harvest and Revel. 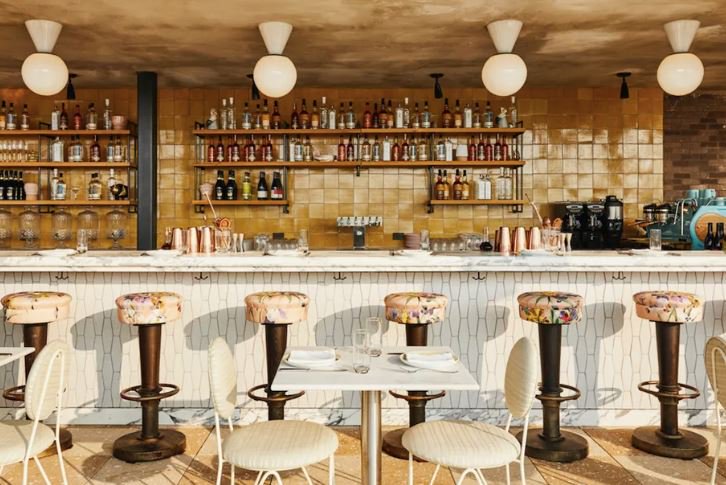 Summerly at The Hoxton

A new hotel is also slotted to open in Williamsburg called The Hoxton and it will house three restaurants, Klein’s, Backyard, and Summerly.

The first British opening this season is in Williamsburg, Brooklyn, in the new Hoxton hotel that has taken over a former factory for Rosenwach tanks, those wooden rooftop reservoirs that dot the New York skyline.

The central kitchen, on the ground floor, preserves an original arched brick structure called the carriage house. There, Matthew Deliso, the executive chef and a native of Long Island, will be in charge of the wood-fired grills and the grand Molteni ovens and cooktops. The blue finish on the ovens inspired the name of the hotel’s signature restaurant: Klein’s, for the French painter Yves Klein, who used bright blue with abandon. (The Hoxton team was not aware that for some New Yorkers, the name might evoke memories of discount designer clothing.)

The restaurant is airy and free-flowing, and the food, Mr. Deliso said, will be American: poached king salmon, spaghetti and meatballs, burgers and halves of grilled chicken. The hotel also has the open-air Backyard terrace for sandwiches, dips and drinks; and the rooftop Summerly, with stunning views and a menu of lobster rolls, ribs and pizza. 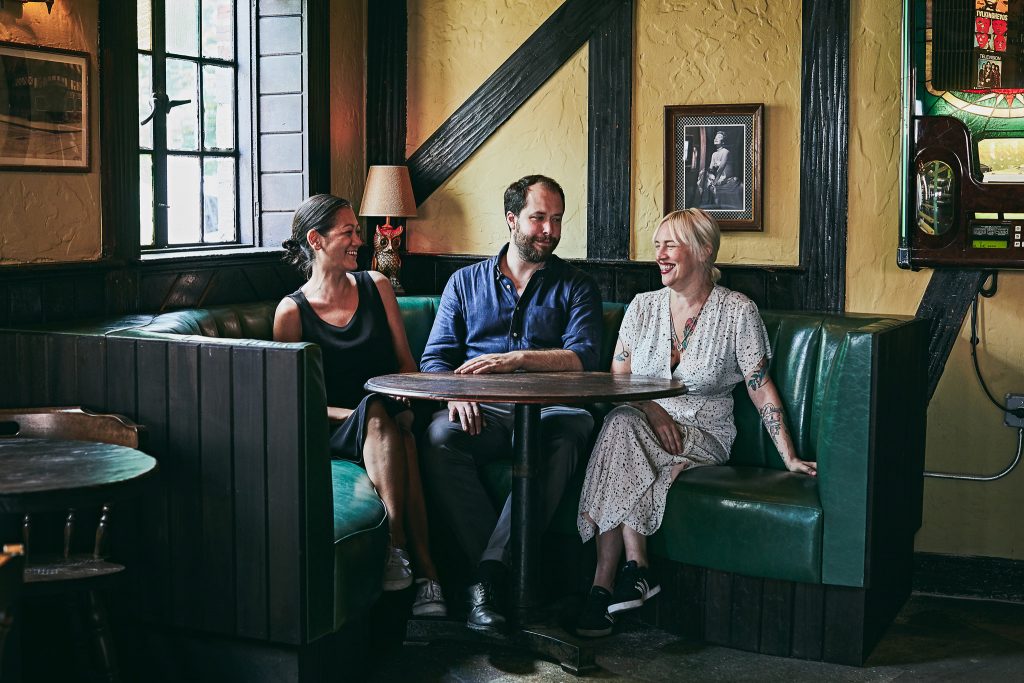 The Palace. credit: Jenny Huang for The New York Times

Finally, Greenpoint has a couple of exciting spots to look forward to: The Palace and Alulu. Alulu is already open and we can certify that the Middle Eastern dishes at this small cafe are delicious.

The Palace is slotted to open this month in the former home of beloved McGolrick Park area dive bar, Palace Cafe:

Also coming this fall is Alula, a cafe where “Moorish meets healthy American food,” said its owner, Tony Ismail. Mr. Ismail, who was born in Beirut, Lebanon, will serve sandwiches, salads and grain bowls accented by Middle Eastern specialties like the red pepper-based muhammara and kishk, made with dried yogurt and bulgur.